The Odyssey
By Gareth Hinds

With bold imagery and an ear tuned to the music of Homer’s epic poem, Gareth Hinds reinterprets the ancient classic as it’s never been told before.

“Gareth Hinds brings THE ODYSSEY to life in a masterful blend of art and storytelling. Vivid and exciting, this graphic novel is a worthy new interpretation of Homer’s epic.”
—Rick Riordan, author of the Percy Jackson & the Olympians series

Fresh from his triumphs in the Trojan War, Odysseus, King of Ithaca, wants nothing more than to return home to his family. Instead, he offends the sea god, Poseidon, who dooms him to years of shipwreck and wandering. Battling man-eating monsters, violent storms, and the supernatural seductions of sirens and sorceresses, Odysseus will need all his strength and cunning—and a little help from Mount Olympus—to make his way home and seize his kingdom from the schemers who seek to wed his queen and usurp his throne. Award-winning graphic artist Gareth Hinds masterfully reinterprets a story of heroism, adventure, and high action that has been told and retold for more than 2,500 years—though never quite like this.

Gareth Hinds adaptation of The Odyssey is one the brings colour, vibrance and richness to a classic Homer tale. Both the Illiad and The Odyssey are stories I have expereienced in their ‘classic’ form and both are rich stories that had such an impact on my love of Greek history, culture and mythology.

In the Odyssey we follow Odysseus’ son ________, as he attempts to protect his mother from the hoard of men who wish to marry her after Odysseus is thought dead after the Trojian war. _____ is informed by the gods that his father is traped and that is why he is yet to return. Armed with this knowledge he attempts to find his father and bring him home.

The graphic novel reimagining of this story was one that provided vibrance to a story that can get bogged down in the homeric language that is used. I definitely found the story more entertaining in this format. The colors were muted which added to the story even more, with an art style that impacted me as a reader.

I enjoyed the combination of authors adaptation in dialogue form with the artwork for each character and scene. It felt very transportive and engaging, I found myself eager to continue reading the text.

At some moments through out the story I did find myself confusing some characters and forgetting their relation or importance to the story. The sheer magnitute of The Odyssy really can be overwhelming at times.

This adaptation of a classic Greek story is one that fits Gareth Hinds adaptation and art style. They complement eachother in a way that enriches historical and classical liturature and makes it accessible to all readers.

The magic of L.M. Montgomery’s treasured classic is reimagined in a whimsically-illustrated graphic novel adaptation perfect for newcomers and kindred spirits alike. When Matthew and Marilla Cuthbert decide to adopt an orphan who can help manage their family farm, they have no idea what delightful trouble awaits them. With flame-red hair and an unstoppable imagination, 11-year-old Anne Shirley takes Green Gables by storm.

Anne’s misadventures bring a little romance to the lives of everyone she meets: her bosom friend, Diana Barry; the town gossip, Mrs. Lynde; and that infuriating tease, Gilbert Blythe. From triumphs and thrills to the depths of despair, Anne turns each everyday moment into something extraordinary.

The spirit of Anne is alive and well in Mariah Marsden’s crisp adaptation, and it’s a thrill to watch as the beloved orphan rushes headlong through Brenna Thummler’s heavenly landscapes. Together Marsden and Thummler conjure all the magic and beauty of Green Gables. Like Anne herself, you won’t want to leave.
— Brian Selznick, author/illustrator of “The Invention of Hugo Cabret” and “The Marvels”

‘Anne of Green Gables’ is a classic that I’ve wanted to pick up in who knows how long. I finally did so in graphic novel form. I didn’t really know what to expect, all I knew was that Anne had red hair and freckles and a crazy imagination. All those things help true, but what I didn’t know was that she is an amazing character for girls to read about.

While I was reading I got genuinely teary on the train, Anne is a character that even as a reader I wanted to fiercely protect. She’s the underdog from the beginning that really seems to be the most imaginative of characters. Her emotions are like a roller coaster (accurate to children these days) and she would say things that she would later regret, but I enjoyed how readers saw her thought process as to what she was sorry for or when she wasn’t sorry at all. This really looks at when it is necessary to apologise and when maybe you do not need to.

I really enjoyed my time with Anne in the Green Gables, the full novel is something that I am definitely putting on my wish list to pick up in the future.

I know, I know September has already started and I am behind on posting my TBR! The pitfalls of reading a ton of books in August for the N.E.W.T.S is that I’ve got all the reviews to write an post so now my posts are all other the place!

I can’t complain though because I had such a great reading month in August an I really enjoyed my time spent in books, that being said I really want to continue this into September. This has definitely lead to me giving myself a hefty TBR but nothing is impossible right?… right?!

I plan to read 10 books this month, with a mix of poetry, fantasy, graphic novels, science fiction and even a classic an contemporary – I know, who even am I! I am delighted to get to all of these reads and am really excited about diversifying my reading.

Aghhh.. I am actually so looking forward to this reading month!

What are your reading plans for September? 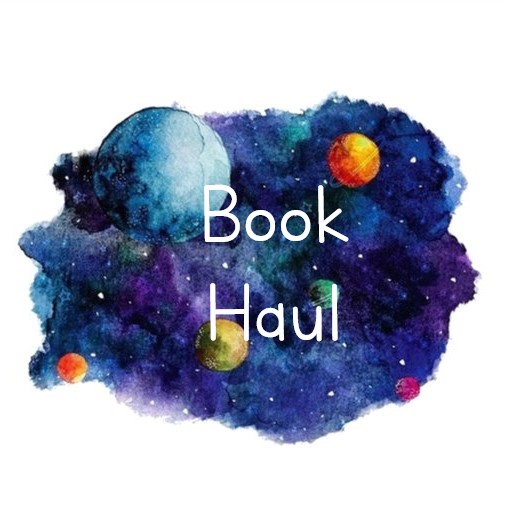 Apparently buying books on holiday translates into buying more books when I get home… I don’t know but it works.

Once I got back from Europe I really felt the need to add a few more releases I was excited about as well as more poetry to my collection.

“Ah, life- the thing that happens to us while we’re off somewhere else blowing on dandelions & wishing ourselves into the pages of our favorite fairy tales.”

‘Warrior of the Wild’
By Tricia Levenseller

How do you kill a god?

As her father’s chosen heir, eighteen-year-old Rasmira has trained her whole life to become a warrior and lead her village. But when her coming-of-age trial is sabotaged and she fails the test, her father banishes her to the monster-filled wilderness with an impossible quest: To win back her honor, she must kill the oppressive god who claims tribute from the villages each year—or die trying.

Goodreads Choice Award-winning poet and USA TODAY bestselling author Amanda Lovelace presents the mermaid’s voice returns in this one — the third and final installment in her “women are some kind of magic” series, featuring a foreword from Lang Leav and 13 guest poems from leading voices in poetry such as Nikita Gill, KY Robinson, and Orion Carloto.

The mermaid is known for her siren song, luring bedroom-eyed sailors to their demise. However, beneath these misguided myths are tales of escapism and healing, which Lovelace weaves throughout this empowering collection of poetry, taking you on a journey from the sea to the stars. They tried to silence her once and for all, but the mermaid’s voice returns in this one.

Among the seminal texts of the 20th century, Nineteen Eighty-Four is a rare work that grows more haunting as its futuristic purgatory becomes more real. Published in 1949, the book offers political satirist George Orwell’s nightmarish vision of a totalitarian, bureaucratic world and one poor stiff’s attempt to find individuality. The brilliance of the novel is Orwell’s prescience of modern life—the ubiquity of television, the distortion of the language—and his ability to construct such a thorough version of hell. Required reading for students since it was published, it ranks among the most terrifying novels ever written.

‘Maybe in Another Life’
By Taylor Jenkins Reid

From the acclaimed author of Forever, Interrupted and After I Docomes a breathtaking new novel about a young woman whose fate hinges on the choice she makes after bumping into an old flame; in alternating chapters, we see two possible scenarios unfold—with stunningly different results.

At the age of twenty-nine, Hannah Martin still has no idea what she wants to do with her life. She has lived in six different cities and held countless meaningless jobs since graduating college. On the heels of leaving yet another city, Hannah moves back to her hometown of Los Angeles and takes up residence in her best friend Gabby’s guestroom. Shortly after getting back to town, Hannah goes out to a bar one night with Gabby and meets up with her high school boyfriend, Ethan.

In concurrent storylines, Hannah lives out the effects of each decision. Quickly, these parallel universes develop into radically different stories with large-scale consequences for Hannah, as well as the people around her. As the two alternate realities run their course, Maybe in Another Life raises questions about fate and true love: Is anything meant to be? How much in our life is determined by chance? And perhaps, most compellingly: Is there such a thing as a soul mate?

Hannah believes there is. And, in both worlds, she believes she’s found him

New post all about creating a veggie patch, dubbed 'gogos garden' I can't wait until he's able to help collect the few things wr are growing 🪴
Mum and HJ try to selfie
A day in the life of Hugo James
Stop growing! 😭
Hugo's first sandwich
Archie and Hugo the best of besties already 🥰🐶👶
Loading Comments...
%d bloggers like this: